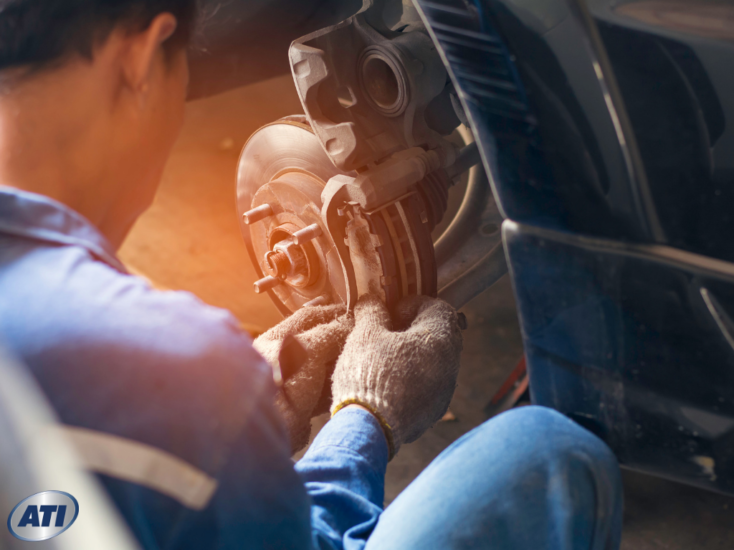 Everyone knows that Virginia is for lovers, but are you also aware that it is also home to miles and miles of roads and tens of thousands of drivers? And many of them live, work and play in what the Virginia Department of Transportation calls the “Hampton Roads District.”

That’s good news for anyone interested in learning automotive repair in Hampton Roads.

Here’s a look at five fantastic reasons why learning automotive repair in Hampton Roads is a great place to be an auto mechanic–and how you can start your career in the area.

Governments don’t typically build roads in areas where there are not vehicles, and there are plenty of both in and around Hampton Roads.

According to the Virginia Department of Transportation, the Hampton Roads District includes parts of 11 counties, more than 730 miles of primary roads, nearly 4,000 miles of secondary roads, almost 5,000 miles of urban streets and 160 miles of heavily trafficked interstate.

This is good news for auto mechanics in the area, because vehicles need to be maintained and repaired.

The Daily Press is the newspaper that chronicles the happenings in Hampton Roads. In February 2019 it ran a story that began with the following sentence: “The population of Hampton Roads is growing.”

It went on to say that since 2010, the area has grown 3.8 percent. That’s more good news for anyone interested in pursuing a career as an auto mechanic in the area. But that wasn’t all–the story said that the population of the entire state was exploding.

In fact, VirginiaPlaces.org describes the region in which Hampton Roads is located as a “crescent of dense population, stretching from Northern Virginia through Richmond.” In other words, there are a lot of people all around the area–and many of them own and drive vehicles every day. All of this adds up to more employment opportunities for auto mechanics, because more people means more vehicles.

People with the training, skills, and knowledge to work on cars, trucks, SUVs, motorcycles, and anything else with an engine are a hot commodity–across the country and certainly in Hampton Roads.

In Hampton Roads, where many of the largest employers have large fleets of vehicles or other motorized crafts that need to be maintained and repaired According to the City of Hampton Roads, this includes the country’s largest shipbuilding company, healthcare facilities, government agencies, schools, and more.

You won’t have to go far for training

Sure, you can attempt to start your career as an auto mechanic without formal education, but it’s a lot easier if you learn the job through a formal automotive training program–and you won’t have to go far to find one.

You’ll be able to find an automotive mechanic school right in Hampton Roads that teaches you everything you’ll need to know in order to land that first job:

Sure, some people do try to catch on with a shop without earning their Associate in Occupational Science Degree through an automotive technology program. But it will tends to take longer and they are probably not as prepared to hit the ground running once you do land that first job.

The cars, trucks, SUVs, and even motorcycles on the roads today aren’t like they used to be. They’re loaded with sensors and computers and technology that would make old Henry Ford’s head spin.

And that’s a good thing for anyone who has recently graduated from an automotive mechanic school.

According to a recent story published on the Car and Driver website, the increase in technology used in almost anything with a motor has left garages and service stations scrambling to find qualified professionals.

Vehicles have changed a lot, and they are only going to continue to change. And right now automotive mechanic schools are focused on teaching you how to work with and on all of the technology. So going to school right now gives you a real advantage.

Ready to start your career?

If you’re interested in a career as an auto mechanic, Hampton Roads is a great place to learn the trade–and then start your career. Earning an Associate of Occupational Science Degree in Automotive Technology with Service Management could make all the difference.

Contact the Advanced Technology Institute today to learn more about how you could start earning your degree today.

Tags:auto repair, automotive tech
Previous PostHVAC Training in Hampton Roads: Is this a Good Place for Me to Learn?
Next PostHow Do I Learn Auto Repair Without Much Experience?

Is Automotive Technology a Good Career in Virginia?