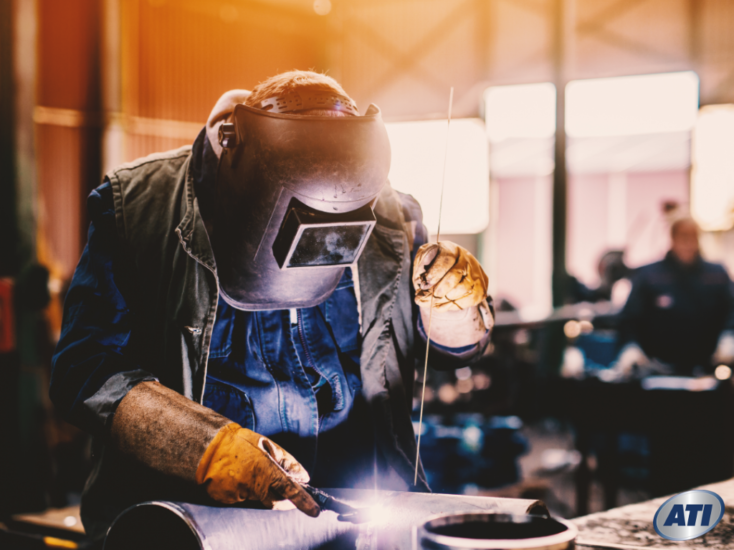 The USS Gerald R. Ford is an aircraft carrier unlike any other.

According to the U.S. Navy, the ship can carry the military’s most sophisticated aircraft. It produces enough electricity to allow it to remain at sea longer than any of its predecessors. It has unmatched warfighting capabilities and is engineered to do more to help its crew survive any attacks.

What makes it similar to hundreds of other seafaring vessels is the fact that it was built at a Hampton Roads shipyard.

When it comes to a career as a maritime welder, you don’t have to look any further than Virginia to find plenty of employment opportunities. “Old Dominion,” as the state is known, is home to the third-largest port on the East Coast, one of the nation’s largest naval bases, more than a dozen shipyards, and an awful lot of maritime welders.

According to a recent story published in The Virginian-Pilot, one out of every four shipbuilding jobs in the country is in Virginia–and companies need even more employees.

The work is challenging and rewarding. It’s also important, as the ships maritime welders help build protect countries around the world, move food and products, and improve the lives of people near and far.

Here’s a look at what maritime welders do on a day-to-day basis as well as what you can do to become one:

What is maritime welding?

Welding has been and will likely always be the most effective way to permanently fasten two pieces of steel materials to one another. It’s a complex process that gets even more complex when it’s done under water or on vessels that will need to be able to withstand the pressures of the seas.

It’s a job that requires special skills. You’ll need to be able to work with the latest welding tools, weld objects in multiple positions, and use arc welding (which is the preferred method of maritime welders), gas welding, and resistance welding in order to get the job done right.

What do maritime welders do?

Maritime welders play an incredibly important role in manufacturing America’s fleet of ships. They also have a lot to do with making sure those ships are safe while on the water.

After all, a welded component that fails could be a safety hazard to the crew, ship, and cargo.

Maritime welders use their skills and knowledge to put the pieces of large ships together in ways that ensure that they won’t fail. They produce water- and oil-tight joints that result in smooth surfaces that are better able to withstand the day-to-day pressures of being out on the water.

How do maritime welders do it?

Arc welding uses a metal electrode and an electrical power supply to melt two metals together to form a tight fuse. Gas welding is the process of using a blanket of gas to insulate the arc against an ambient environment. Resistance welding joins metals together by applying pressure and passing current for a sustained period of time.

Which technique you use depends on which part of the ship you’re building.

The good news is that you’ll learn each technique–and where it needs to be applied–while you’re in school to study maritime welding.

Where do maritime welders study?

If you like working with your hands, building things, and being part of a growing industry that plays an important role in securing the country’s safety and economic growth, consider a career in maritime welding with a Associate’s Degree in Occupational Science in Maritime Welding and Service Management.

Connect with the Advanced Technology Institute today to learn more.

Tags:maritime welding, welding requirements
Previous PostIs Welding a Good Career For Someone Who Wants to Work with Their Hands?
Next PostIs HVAC Easy to Learn with Formal Education?